You are here: Home / Archives for marriage 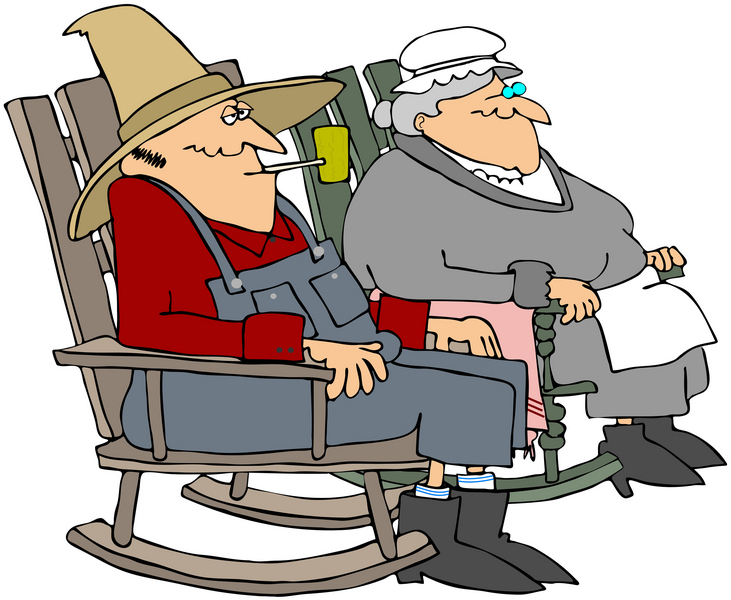 I am now the father of two married sons.

Until last week, I was the father of one married son and one engaged son. Last weekend, the elder Marcus and his fiancée exchanged vows at a lovely ceremony filled with joy, laughter and happy tears (most of which were mine). Toasts were made. Shouts of “mazel tov” rang from the ceiling. Well wishes were abundant. I’m sure they’re going to do really well.

However, that’s not the case for so many. As I learned many years ago,

“Fifty percent of all marriages end in divorce. Of those that remain, 90 percent end in boredom. If you want to be the five percent that stay happy, it’s going to take some work.”

To that end, I’ve looked back on over two decades of being in a happy, supportive marriage with my lovely, talented, creative (very patient) wife and I pass along my own take on how to stay married – and happy – over the long term.

Rule #1: Love your partner for who she is today, not whom you think you can make her into “down the road.”

Assume she is as good a partner as she’ll ever be RIGHT NOW. Don’t believe that living together will make her “come around” to your thinking. If she has what you consider annoying traits, don’t make the blunder of thinking how you’ll change them after you’re married. Accept her as she is; not who you’ll think she’ll be. If she’s not who you desire now, she sure as heck won’t be later.

Rule #2: Realize that there are three — not two — entities in your relationship.

END_OF_DOCUMENT_TOKEN_TO_BE_REPLACED

I’ll admit it; I’m wimpy when it comes to confrontations. 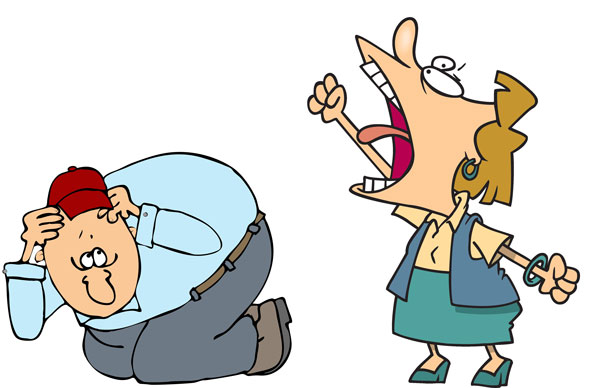 I don’t like people getting mad at me. So oft times, I go out of my way to pre-appease them; assuming they won’t like something and sidestepping the issue all together. Yes, I realize I’m co-dependent and yes, I’m trying to stop; I even tried to form a support group for co-dependents but no one would give me per-mission. (Insert rim shot here…)

What this means is that I become concerned that my politics or opinions might show through my writing, resulting in me being harangued by internet “trolls” who have nothing better to do than spend every waking hour scouring the interwebs waiting to pounce on anything I write. (Self-importance much?)

In fairness, my concern is not without basis.

I’ve been flamed because of my views on guns, political candidates, and even negative communication styles (obviously missing the irony). The column that garnered the most hate mail was a humorous piece where I postulated the theory that, based on a trip to New Orleans, the only foods allowed in the south must be deep-fried. (I was even accused of trying to re-ignite the civil war; really.)

Anyhoo… my concern with attempting to avert these curmudgeons can — at times — cause me to pick and choose my topics and words with extreme care. After all, someone a thousand miles away, reading my piece two weeks after I wrote it might feel awkward and shoot negative vibes toward me. Goodness knows! I wouldn’t want that to happen.

This piece however might cause a ruffle or two much closer to home, including in my own household so I now begin to tread in dangerous places.

New and recent findings, published in the journal Emotion, show that long-term marital satisfaction depends on wives — more so than husbands — regulating their emotions during arguments. Researchers from two major universities found that the happi-est marriages, in both the short and long-term, were those where the wives were able to regain their self-control quickly after disputes erupted.

The lead author of the study (whom I point out is a woman) said, END_OF_DOCUMENT_TOKEN_TO_BE_REPLACED

My wife, Mary Ann Testagrossa, and I just got back from spending our anniversary weekend together.

Well, technically, our anniversary is August 27.  We will have been married 13 years on that date (and we’ve been together for almost 20). Now, I realize that 13 years (or even 20) is not as long as some have been together – but it’s the longest we’ve ever been together, you know?

So, in honor of happier relationships everywhere (whether they be marriages, partnerships, friendships, or just folks living in the same house), I provide a tool to keep them fresh.

Every day, take just a couple of minutes to with someone who matters.

Ask and answer these four questions:

Then, make a commitment to do it.

It only take a few minutes but the results will last a lifetime.

What ideas do you have to improve your best relationships? Please tell us.

END_OF_DOCUMENT_TOKEN_TO_BE_REPLACED

When most people get married they hope it will last throughout their lifetime. However, sometimes that’s simply not the case. When two people get a divorce it can often turn ugly. This can leave both parties with resentment towards things done and said during a divorce. In order to move forward it is necessary to forgive the other party and move on. There are several key things to keep in mind if you have gone through a divorce and are trying to begin the healing process. END_OF_DOCUMENT_TOKEN_TO_BE_REPLACED

Today is Mary Ann and my 11 year anniversary. In honor of that, I wanted something inspirational that was tied to marriage. If you have not seen this video, it’s five minutes of absolute delight. Enjoy.

By the way, according to a post on blog.koldcast.tv entitled The Ten Best Wedding Videos Since the Invention of YouTube

The JK Wedding Entrance Dance is arguably the most popular of all wedding dance videos. The couple married on June 2, 2009 and released the video that July. Within 48 hours, the video was viewed 3.5 million times. To date, it’s been viewed close to 60 million times. That’s like inviting Italy to come see your wedding. The video features the entire wedding party dancing their way to the altar to Chris Brown’s Forever. The couple was invited to talk about the phenomenon on The Today Show and even did an encore there.

By the way, at their site, they are thanking people for the amazing response by donating to the fight against domestic violence. Kudos.