You are here: Home / Archives for old habits

“We should be taught not to wait for inspiration to start a thing. Action always generates inspiration. Inspiration seldom generates action.” ~ Frank Tibolt

“‘Excellence’ is not a gift, but a skill that takes practice. We do not act ‘rightly’ because we are ‘excellent’, in fact we achieve ‘excellence’ by acting ‘rightly.'” ~ Plato

“Fake it ’til you make it.” ~ Attributed to Alcoholics Anonymous

This is probably the most important thing I’ll ever write. 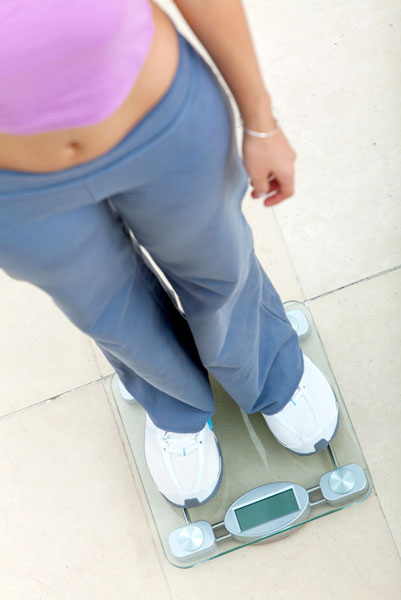 When people ask me how I lost over 130 pounds, this is the answer.

I don’t know how I made the connection – it was one of those so-called ‘Aha! Moments’ that so many people talk about.  I had a bona fide epiphany one day as I was sitting in my living room, crying and feeling sorry for myself.  Here is the story, and I hope you find it meaningful to you.

Once I had lost about 90 pounds, and I was no longer in what I kindly refer to as “the 200 Club,” meaning I no longer weighed over 200 pounds, I hit the mother of all plateaus.  I couldn’t seem to get out of the 190s no matter what I tried.  Everything I had done to lose 90 pounds just wasn’t working for me any more – or so it seemed.  And so, I did what any normal human being would – I had a break down.  I was so angry, so frustrated, so desperate I just didn’t know what to do with myself.  And suddenly, it became very apparent that I had reached a fork in the road on my journey.  What should I do?

I had two clear choices:

Where would quitting get me?

Well, I could go back to my old habits and slowly but surely undo all of my hard work.  “But,” I argued, “at least I wouldn’t have to think about eating healthy and making sure I had time to exercise everyday.  In fact, I would never have to think about ‘dieting’ ever again.”  It was a happy thought until I realized that it wasn’t true.  Just as I had old eating and exercising habits, I had old thought habits too.  I knew it wouldn’t be long before I started beating myself up for being fat and lazy (my apologies to myself, but this is the kind of self-talk I regularly engaged in before I decided to change it) and that I would start feeling miserable and guilty like I did when I weighed 287 pounds.  Then I remembered how physically painful it was to carry around those extra 90 pounds.  So, it didn’t take me long to decide that all quitting would buy me was a ticket right back to Square One.

So where exactly could I go if I forged ahead?

At the time, it seemed all I could do was spin my wheels and go no where.  “I’m really trying here, and I’m not making any progress!” I angrily told myself.  But, I suddenly thought that perhaps there was something I was missing.  I asked myself, “How do thin people live?” And I honestly didn’t know the answer.  The only time I was ever thin was in college, and I wasn’t a healthy person then.  I could go days without eating a bite.  It’s very easy to be thin when you’re starving yourself.  I never had a healthy relationship with food or my own self-image.  How could I know how “normal” people behaved?  There was no way for me to know. END_OF_DOCUMENT_TOKEN_TO_BE_REPLACED

They say, “Eat less and exercise more; the weight will practically fall off.” They also say, “getting started is the hardest part.” Of course, garrulous as They are, They make sure to point out you shouldn’t have waited so long before taking care of yourself. Whoever “They” are, They sure have a lot to say about how to run your life, don’t They?

They also tell you that if you keep a new habit in place for only three weeks, it will be adapted into your life. I’m not sure I agree. I’ve been dieting since before they invited sugar-free cola and non-fat yogurt — considerably more than three weeks — and I still find healthy eating a challenge, especially when stressed with organizing my taxes, calling the plumber to fix a plugged toilet, and trying to find a few seconds for my family. In those moments, a double-bacon, cheesy, chiliburger and gargantuan order of fries still shout pretty loud.

Yet, if you have ever tried to adjust habits, you have faced the dreaded (insert ominous music here…) “Three Week Barrier.”