You are here: Home / Current Events / How The Shootings Have Affected Us: Finding the Best in Each Other 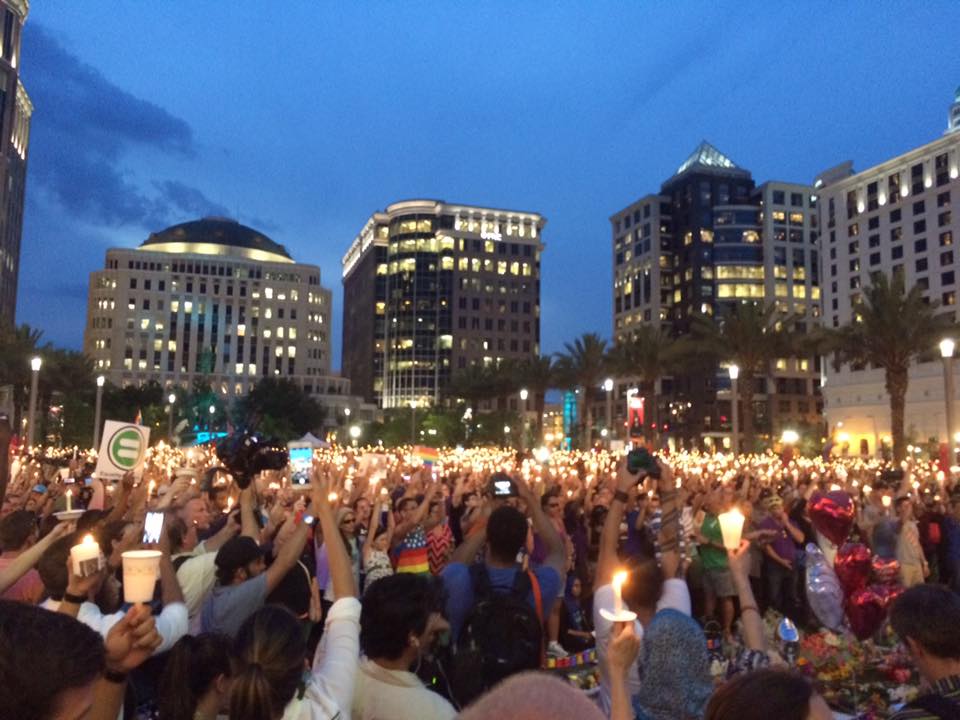 There were a dozen of us scattered about the tables in the coffee shop.

Some were working on computers, others having quiet conversations; personally, I was preparing for a class later that day. Of course, there were a handful of baristas behind the counter.

No one — including myself — paid much mind when he opened the door to enter.

He looked “relatively normal;” forty-something, about five and half feet in height. His clothes and dark brown hair were slightly disheveled and somewhat dirty; both of those could have been attributed to him being a workingman ending a long day. What was not “relatively normal” was as he stood at the entrance, blocking others from coming or going, he raised his voice and started shouting at us, making direct eye contact across the room with me.

At first I wasn’t sure what he was saying; caught off guard by what is certainly not expected or standard behavior.

The gist of his tirade was we “had better change teams immediately” or we were all “going to pay.” His screaming was steeped with fury and rage and punctuated with a string of expletives culminating in a warning about how he was going to “f” us all up. Stunned, we sat; gawking and puzzled, until he lifted something from near his worn shoes, slammed shut the door, turned on his heels, and disappeared into the foot traffic flowing along the thoroughfare.

We – the patrons and employees – glanced at each other. One of the servers, about to leave for her break, commented, “I think I’ll wait a few minutes.” Several moments passed; heart rates returned to normal. Our behaviors returned to what they were prior the rude interruption.

I have to be honest; when he bent down, I flinched.

Raw anger unnerves me; especially when it’s so seemingly random and unexpected. Add to that that we are all too well aware of tragedies at a church in Charleston, South Carolina; a movie theater in Aurora, Colorado; a college just up the road in Roseburg, Oregon; an army base in Fort Hood, Texas; a workplace shooting in San Bernardino, California; and now 100 victims in Orlando, Florida. I confess that I considered, “Could the next one be a coffee house in Eureka, California?” My anxiety level of late — although not at boil — is certainly at a higher level of simmer.

I know I’m not alone wondering, “Could it happen here?” Without warning, or predictive action; another random act of senseless, extreme, bloodletting in a society that is seemingly wobbling on its axis.

My heart hurts. My soul is sad.

If you’ve followed my writing for the last dozen years, I hope I’ve portrayed myself as an optimistic person. In my heart, I truly am. I ascribe passionately to my mother’s mantra: “The greatest good is happening at all times.” I have taught my children, and espouse evangelically: “Compassion first.” Those are my core values.

I’m not egocentric enough to believe I have the definitive solution. But I do know that becoming tribes of “us” and “them” and forgetting the “we” is exacerbating the problem.

Does it make a difference if here in my small corner of the globe; I slow down my judgments long enough to strive to look for the best in others, assuming their intentions are as positive as mine? Will it help “big picture” if we each seek out ways in which we are similar, and be less scornful of our differences? Can our individual behaviors and thoughts influence a collective transformation over time?

Yes they can. Yes they will. Either way, they certainly can’t hurt.

About the author: Scott “Q” Marcus is a nationally known weight loss expert for baby boomers and the CRP (Chief Recovering Perfectionist) of www.ThisTimeIMeanIt.com. He is available for coaching and speaking. His new book (co-written with his sister), “The Busy Baby Boomers Motivational Guide to Weight Loss” is now at www.BabyBoomersGuides.com