You are here: Home / Gratitude / There’s Nothing Worse…

I am not a snob; anyone who meets me would agree. 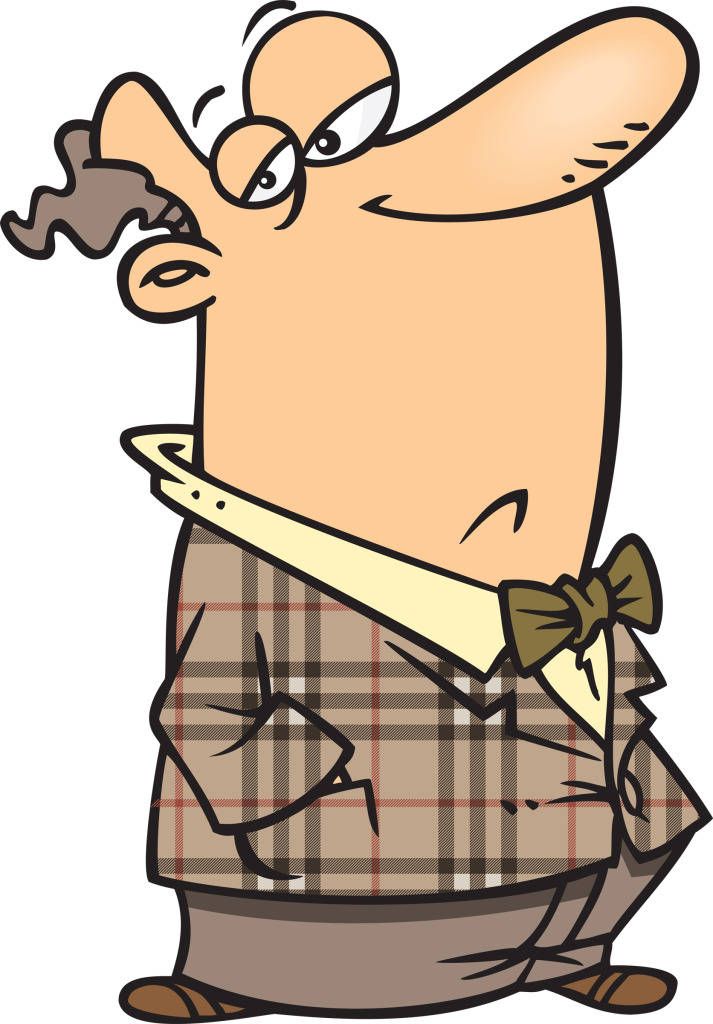 Well, except those of an obviously lesser bloodline, of course. But, who cares about them anyway?

Having placed that firmly on the table, I know I can be, um, shall we say, “particular” about certain things and at times, might be prone to splash myself with a faint — very faint — scent of curmudgeonly, especially around speaking and writing.

As illustration, this is the second month of the year, pronounced “Feb-RU-ary,” not “Feb-U-ary.” Should you doubt, you can find out that I’m correct at the li-BRARY (not the “li-BARY”).

I manage to keep my mouth about “Febuary” because one only has to deal with it for 28 days a year.

Yet, lasting seemingly in perpetuity is misuse of  “your” and “you’re.”

The former is possessive while the latter is a contraction for, “you are.” Therefore, one would not write, “Your looking thin,” nor “I love what your doing with the house.” One might however write,

“When you’re on your way over, please let your hosts know if you’re bringing your children.”

Finally can we clarify that those of us on diets are attempting to “lose” weight, not “loose” it? (Ironically, “loose weight” is usually what started us on the path to “losing weight.”)

However, the expression that causes my head to explode is the self-important exaggeration, “There’s nothing worse than…”

This rose to my awareness on a TV commercial for an on-line postage service. In touting its (not “it’s”) benefits, a gentleman exasperatingly laments, “There’s nothing worse than standing in line at the post office.”

Grammatically, the statement is correct, clearly stated, and makes sense. Where my problem lies (not “lays”) is the content. I mean, really, there’s nothing worse than standing in line at the post office?!?! You have got to be kidding me! You set the bar that low? Just spit-balling here, but off the top of my head, I can thing of, oh, twenty — maybe even thirty — THOUSAND things worse than waiting for stamps. How about having an out-of-control car crash through the post office wall and run over everyone waiting in line, including yourself? I vote that as worse.

I think we’d all agree that on the grand scale of “worse-dom,” that outranks wasting 20 minutes to send priority mail envelopes, wouldn’t you?

Before you decide I’m riding too high on my horse (might be too late for that), I’ll own up to doing the same thing.

My dog, at 3:37 in the freakin’ AM, had to go outside and do “his business.” I however, preferred “my business,” remaining under blankets asleep. Begrudgingly, I dragged my sorry behind out of bed, dog in tow (not “toe”), and released him to the backyard, later telling my wife, “There’s nothing worse than having to get up in the middle of the night to let Jack out.”

My point is about perspective.

Life isn’t an animated segment from a Disney flick, but it’s also not a scene from the Walking Dead. I am not Pollyanna and understand all too well that sometimes, well, life just sucks. I get that “it” happens. But, the next time we’re inclined to say “There’s nothing worse…” maybe we ought to ramp it down a notch and realize that most of our issues are truly FWP (first world problems).  On the grand scale of what most of the folks on this planet have, we’re — not “were” — on the top half.

About the author: Scott “Q” Marcus is a nationally known weight loss expert for baby boomers and the CRP (Chief Recovering Perfectionist) of www.ThisTimeIMeanIt.com.  Get his free ebook of motivational quotations and one year of his highly-popular Monday Motivational Memos at no charge by following this link. He is also available for coaching and speaking.