You are here: Home / Articles / Agreeing to Disagree: How to have a Civil Disagreement

How you handle conflict can prevent a whole lot of drama and bring you to resolution far quicker.

In the movie, Butch Cassidy and the Sundance Kid, Harvey challenges Butch for leadership of the Hole-in-the-Wall Gang. Butch delays the confrontation by saying, “No, no, not yet. Not until me and Harvey get the rules straightened out.”

Harvey, confused, responds, “Rules? In a knife fight? No rules.”

Butch immediately kicks Harvey, dropping him like a sack of stolen loot. Says Cassidy, “Well, if there ain’t going to be any rules, let’s get the fight started. Someone count. One, two three, go.”

Sundance blurts, “One, two three, go,” at which point Butch knocks Harvey out.

Butch, obviously not concerned with a long-lasting peaceful relationship, might argue his method of conflict resolution was highly effective. However, his technique is frowned upon today (as tempting as it might feel in our darker moments). 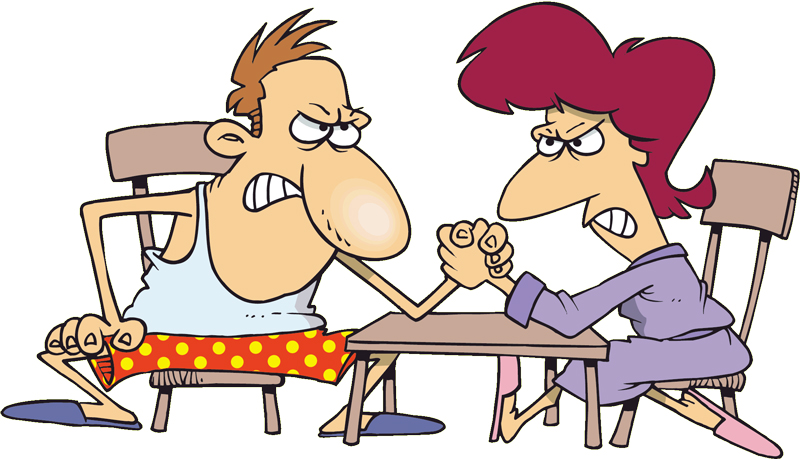 Step one is realize that even the finest communicators — with the more honorable intentions — occasionally find themselves in hot water. Communication is far from an exact science, and even when it’s not our fault, the Big Hairy Argument Monster still tromps into our lives. We cannot avoid him; try as we may.

So, when you find yourself at loggerheads with a co-worker, customer, or spouse or life partner, it’s essential to understand that how you handle it makes an enormous, long-lasting difference. By making a simple agreement in how to disagree, we add a basic structure that keep things moving forward, clears things up quicker, and prevents long-lasting, lingering bad feelings, which could damage the relationship. In my workshop presentation, “Oops, I didn’t Mean it To Come out that Way,” I go over some simple tools to help out, following is one of those rules.

Too often, when we argue, we say things like “You always do that!” or pass the buck by shouting, “Everyone thinks you’re rude.” Being uncomfortable with our feelings, we look or others to validate what we feel or we try to quickly lay blame at our opponent.

Starting with “I” (such as “I feel…” or “I think…” or “I want…”) forces us to take ownership of what we say. Not only will this cause our thoughts to slow down (because we have to re-word the impulsive things we might say), but it causes us to also decide whether we want to have the statement tagged directly to us. Beyond that, it prevents the other person from denying what we say, leading to the next rule.

By removing accusations and straw-man arguments, we can now apply the second guideline. Together, these form an impressive barrier against distraction.

As example, without rule one, an argument could go as follows:

I don’t need to continue. We’ve all been there. By utilizing these two rules in tandem, we get:

Person 1: I feel that you’re acting like a jerk.

Person 1: I don’t see how I can be wrong. After all, they’re my feelings.

Person 1: What am I missing?

By removing the ability to deny another’s statement, we must stay focused on what is really said — and accept that perception is reality when it comes to emotions. Besides, if I’m talking about what I feel or believe, how can anyone say I’m wrong? They might not understand, but they can’t say what goes on inside me is not real.

This parameter causes us to stay on one topic.

A “cross-complaint” is the act of bringing up something off topic. In too many disagreements, we weave hither and yon down, following several side paths, getting twisted up in which goes where and who said what.

Person 1: I feel you don’t take your job seriously.

Person 1: Last week, at the department head meeting, you didn’t have your packet ready. That caused me to work late.

Person 2: Oh, well in that case, I felt annoyed when you weren’t ready for that meeting we had last month.

TWO did not deny ONE’s feelings, but did bring up something else that bothered him. Now, we have two concerns on the table, causing confusion, and lowering the chances of a timely resolution. Although TWO’s concerns are fair and will have to be addressed, job one is to complete what’s at hand. Therefore, rule three says an appropriate reply from ONE might be, “I understand you’re upset about last month and we can address that. However, let’s finish up with my concern and then we will move on to yours.”

Do not deny nor ignore his comment. Return to it as soon as resolution has been found on issue one. That is essential or negative feelings will linger even longer (as they obviously already are). 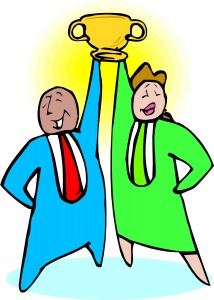 This one almost goes without saying; yet we forget. We are so concerned that we will not be heard, that we jump in before our counterpart has finished her thoughts. Not only does this frustrate the speaker, but it doesn’t allow us to hear the details. By waiting until the other person stops talking, it lowers our own emotional level and allows us to respond more accurately.

Resolution Rules are a somewhat advanced concept and may appear to cause the conversation to be very stilted and uncomfortable. At first, that’s a fair observation. However, when both parties agree, the minor effort required to discuss disagreements in this fashion will lower emotional content, improve listening skills, direct both parties to “own” the results, and slash lots of time off the disagreement. All of which are better than an on-going, long-term fight