Since I started writing these columns oh so long ago, I’ve had several objectives. 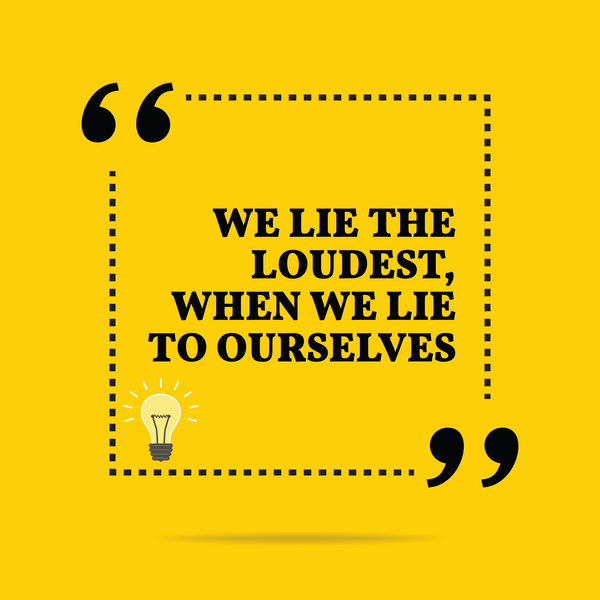 First, I wanted them to be of value to you; I didn’t want to vomit a bunch of words on a page assuming that merely because it’s in print, it’s worth your time. That’s delusional and ego-centric; I wish to be neither.

Next, I wanted them to inspire when needed and provide a laugh when possible.

Finally, and as important; they needed to be honest. In other words, I would be transparent, doing my best to be who I am really am so that the person you might meet on the street is the same guy you read in print. The way I look at, if shame was transformational, we’d all be soaring across the heavens. Take a look around, it doesn’t work.

Putting all that on the table, I was reticent about this piece because it’s something with which I’ve wrestled for too long, keeping it in a dark, backroom closet. Will you think less of me if I expose this to the sun? Will you wag your finger, shake your head judgmentally, tsk loudly, and say, “I’m so ashamed of you”? Odd, isn’t it, how that perceived — not necessarily actual — reactions weigh so heavily?

Finally, I decided, “Screw it. If that’s the way you’re going to be, there’s nothing I can do about it. Stick to my truth. After all, as the song says, ‘if you don’t stand for something, you’ll fall for anything.’”

I haven’t had anything with alcohol in it for a month.

There, I’ve said it. It’s in the world; no taking it back now.

Despite the lengthily preamble about self-acceptance, I feel compelled to provide the back story.

I didn’t stop because I think I’m an alcoholic. Who knows? Maybe every alcoholic says that. I don’t know if that even matters, but for some reason, I feel the need to proclaim that. I guess that stigma thing is still directing some of my behaviors.

I also didn’t halt with the intention of writing a column 30 days hence to crow, gather “atta-boys,” or slaps on the back. About a month ago, there was a stomach bug going around. I woke up — yet again — with a grumbly tummy; a long-running, repeating occurrence. I rationalized it as “that thing that’s going around,” assuming it would dissipate momentarily. Five days later it hung on.

She pointed out that the number of days with which I had been suffering from stomach issues was “not normal.” Even if it was a flu-type thing, it would have passed by now. Gently and firmly, she stated, “You’re an adult so I’m not trying to tell you what to do…” (Don’t you just hate it when your significant other starts out that way? Yich.) “However, I think you need to change some of your eating habits because this is happening too often.”

Crossing my arms, staring at the floor, digging my toe into the tiles, speaking an embarrassed voice, “Like what?”

“Well, for one, I don’t think having a drink every night is helping you. I know it relaxes you, but it’s probably contributing to the problems. You do what you want, but I’d like you to not have any alcohol tonight and let’s see what happens.”

Even if we don’t like hearing it, the reality is that if you’re going to share your life with someone, they’re going to want to steer every so often. If you’re not willing to let them, why are you together? So, I (begrudgingly) didn’t drink that night. I slept fine, thank you very much. I actually had more energy the next morning – and I felt proud of me. “I like that,” I thought, “Let try it again tonight.”

And so, it began.

What I didn’t expect was the chain reaction of other positive events. Because I wasn’t drinking, I wasn’t visiting the kitchen at night. Therefore, I didn’t eat. That caused a weight loss (five pounds so far!). Feeling pleased of my re-emerging shape, I started stretching instead of eating. Guess what? I’m more limber. Also, not using food as entertainment meant I went to bed earlier. I’m more rested. I have more energy.

I’m not committing to giving up alcohol permanently (yet). I still don’t think it was a problem for me (denial? I don’t know.) But, I do know it’s been 32 days and I like how I feel far better than I do after a martini (or two).