You are here: Home / Archives for rescue

I really was planning to put out a brand-spanking new column today.

However, as my grandmother used to say,

At least this time, I’m laughing with optimism, not cynicism.

In case you’ve missed it, a dozen Thai boys, aged 11 to 16, and their coach, disappeared when flooding trapped them in a cave a few weeks ago. After a desperate ten-day search, in what can be described as no less than a miracle, they’ve been found, surviving in an air pocket half a mile underground and 1½ miles into the cave. All things considered, they’re healthy. 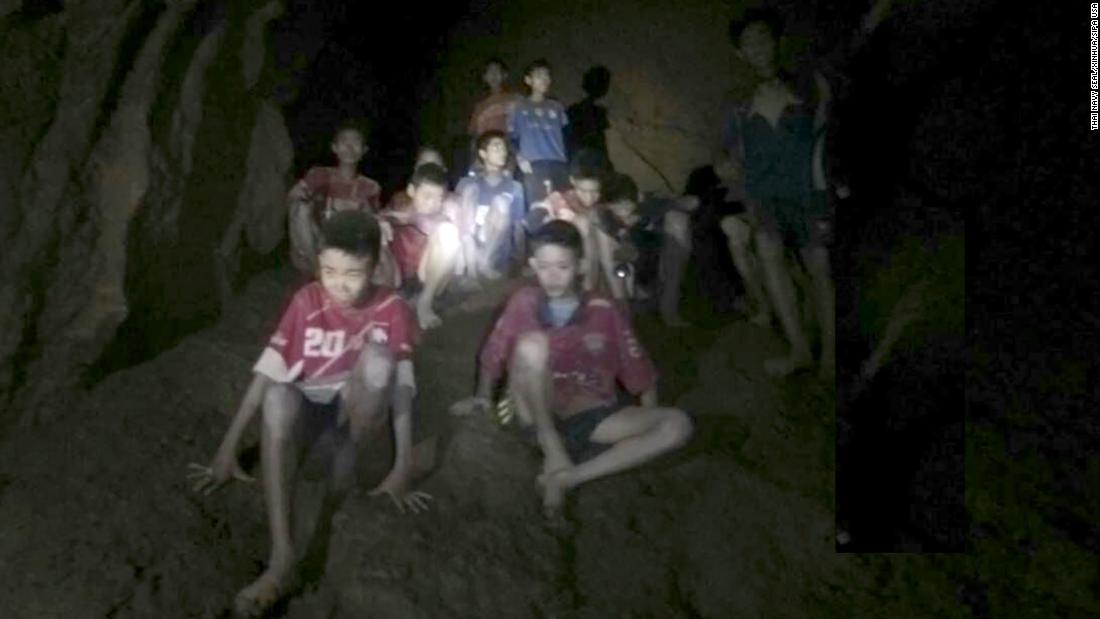 “We found them safe. But the operation isn’t over,” said the governor of the province. The divers who discovered them had to make their way through a byzantine, water-filled up-and-down passageway which is extremely narrow, making it difficult for them to even fit through it with their gear. They were repeatedly blocked by rising water that filled sections of the cave and forced them to withdraw. Nonetheless, they persevered.

The boys however are not trained for such arduous work; none of them knowing how to swim, yet alone dive. Therefore, figuring out their escape plan is problematic. It is estimated that they might have to live underground for weeks — or even months — while a strategy to extract them is developed.

We’re not out of the woods — or more accurately, cave — quite yet.

In following this story, the feeling I have, is mostly of hope. Yet, despite literally thousands of people working 24/7 to bring these young men topside, the road home is as complicated as the tunnels that must be navigated for safe return.

In October, 2010 the entire world watched as 33 Chilean trapped miners emerged to safety. Ironically (or maybe not) the “attitudinal climate” back then paralleled today’s. Therefore, I can only hope and affirm that the outcome in 2018 will also be the same. I believe that if we can picture such a result, we too will be able to cheer collectively the good news we know is waiting to happen.

Back then, our “leaders” (quotation marks necessary) were acting with a prevalence of boorish, childish, self-absorbed behaviors (sound familiar?). Political discourse then — and now —  once considered noble and eloquent, had degraded to what one would overhear between bullies in a kindergarten sandbox.

Virtually nothing positive seems to have been accomplished.

The rivalries endure, even harsher. Our planet hurts. More people suffer. Has anything changed?

When I originally wrote of the mineworkers, after having been trapped 70 days in a Chilean mine, they were being hoisted, one by one, through a narrow tube, from half mile underground, to the loving embrace of friends, family, and an enrapt world. To survive, they supported, encouraged, and counseled each other. In a place literally as close to Hell as any humans have ever existed, their better Angels held forth.

When Florencio Avalos, the first to emerge, exited the wire cage that brought him topside, the entire world was Chilean. We felt the embrace of his wife and the relief of his child. We cried tears of joy as he breathed in fresh air for the first time in over two months. We shared the bear hug with the Chilean president and our chests swelled with pride while the crowd chanted “Chi-Chi-Chi! Le-Le-Le!” With each man’s emergence from 622 meters below the Atacama Desert, we willingly experienced it — more accurately, longed for it — again and again and again.

From tragedy rose hope, like the Phoenix capsule in which the miners emerged into the Chilean sun.

They survived, in no small part, because they knew they were one; a lesson oft overlooked.

Now, again, we wait. This drama plays out half-a-world distant. Their nationality, race and ages are as dissimilar from each other as are the climates in which they live. Yet, we — each of us, all of us — yearns for the same outcome as that which took place south of the equator almost a decade past.

In our present environment, we NEED for these dozen young men to emerge, blinking in the sun, embraced by family; virtually by the entire world. Our days are so dark, we’re counting on good news.  Until that happens — and I know it will because I manage to retain my faith in the Human Spirit — we need to be reminded to be more grateful for what we have. Personally, I might not like the fog, but at least I can hold my wife’s hand and walk freely into it whenever I choose.

Today, we are all Thai.

About the author: Scott “Q” Marcus is a THINspirational speaker and author. Since losing 70 pounds over 23 years ago, he works with overloaded people and organizations who are looking to improve communication, change bad habits, and reduce stress. He can be reached for consulting, workshops, or presentations at 707.442.6243 or scottq@scottqmarcus.com. He will sometimes work in exchange for chocolate.

This is just a “feel good” video about people on the beach in Brazil coming together to rescue several beached dolphins.  It made me feel better so I wanted to make sure I spread the feeling.