You are here: Home / Current Events / How to Correctly Use the Food Pyramid’s Replacement When Stressed

As you might know, Michelle Obama, greatly concerned with childhood obesity (and rightly so), has recently revised the food pyramid. Personally, I thought the original food pyramid was pretty easy to understand, but a few years ago, they decided to update it. 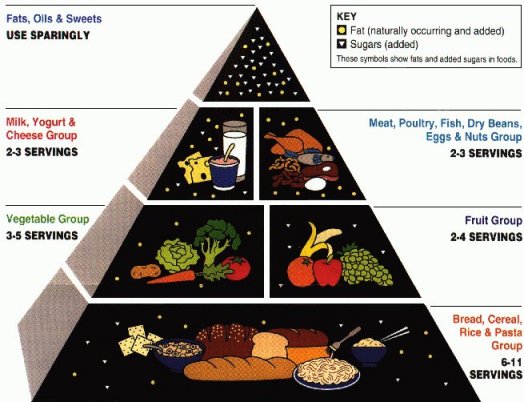 I thought that made a lot of sense and was pretty simple to follow. However, I don’t make the rules, I just play with them. So, The U.S. Department of Agriculture (USDA) changed the food pyramid in spring 2005 because they wanted to convey a better example of how to eat healthier. The “new and improved” (?) pyramid was based on the best available scientific facts concerning links between diet and good health and addressed flaws in the original food pyramid. The intent was laudable. The results? You decide: 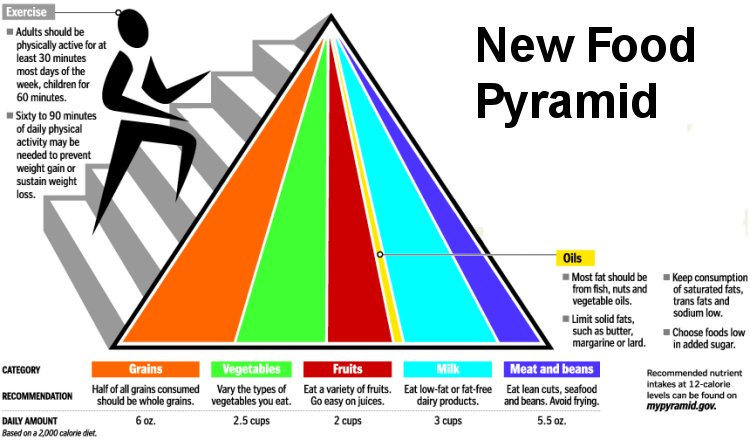 In my humble opinion, it’s a mess. But, maybe that’s just me.

So fast forward to last week when Mrs. Obama decides to change it to make it easier for children (and those of us who are wrinkled children) to understand. The whole “pyramid” concept is dropped in favor of a plate, which makes sense.

Actually, I think it’s simple and easy to understand. It also looks quite contemporary.

It doesn’t address real life. I mean, after a stress-filled, running-all-over town kind of day, are you really going to come home to an exciting meal where the main components are Kale and Bulgar? I don’t think so.  So, with that in mind, I proudly announce the “choose my plate” model for stressful days. 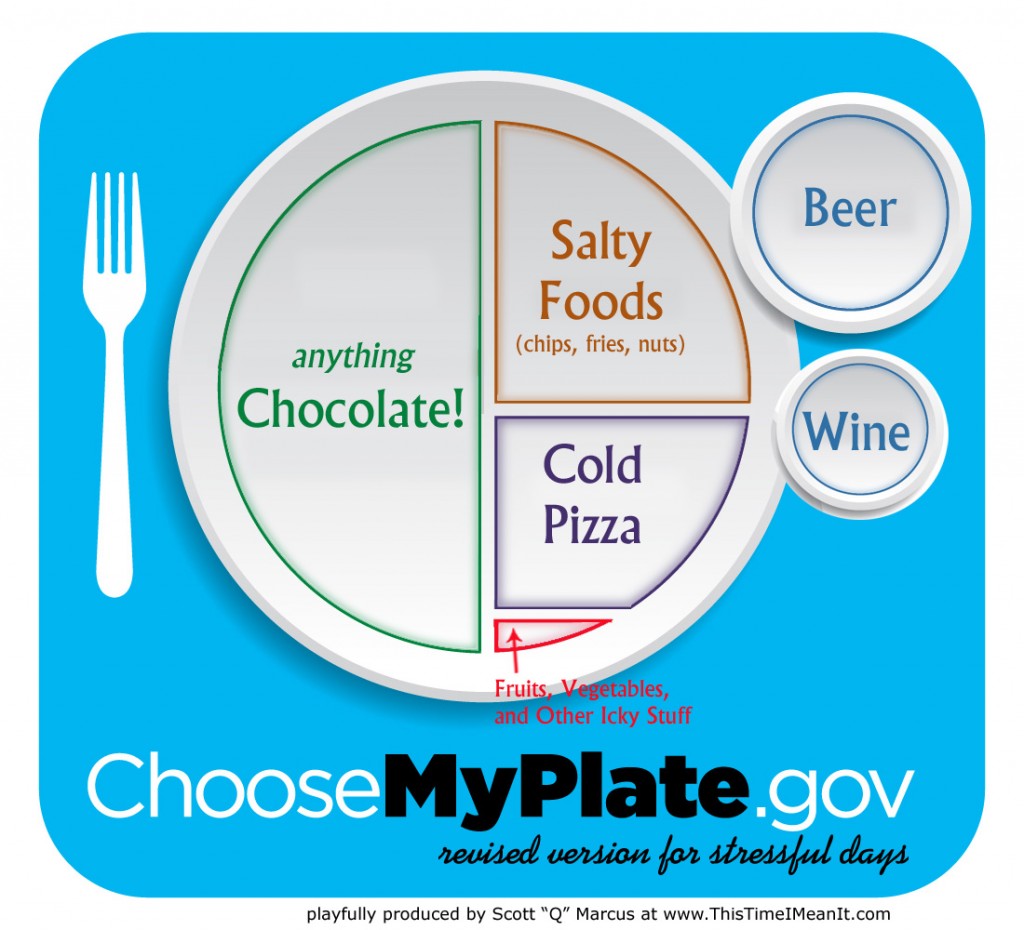