You are here: Home / Baby Boomers / Don’t you dare bring me donuts!

My mother, Ruth, who battled obesity for her first 69 years, re-arranged her habits to shed 80 pounds over the next three years. 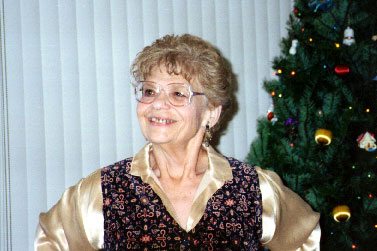 With the exception of those who knew her previously, she refused to speak of this noteworthy accomplishment. One doesn’t forgo favorite foods, increase (or begin) exercise, deal with tamped down feelings, and in general, upend one’s entire lifestyle unless the result is deeply desired. It’s a lot of effort to revamp mind and body; therefore most folks find it worthy of recognition. As I said, “most” — not all. “Why don’t you let people know about your weight loss?” I wondered. Her answer: “I should have never let myself get so out of control that I weighed that much in the first place.” My mother was incredibly understanding of almost anyone’s shortcomings — except her own. “None of us are perfect,” I replied, “The thing is you tackled it. Many people your age would have just given up. You didn’t.”

“I did what had to be done, which I should have done a long time before.” Once my mom made up her mind, there was no arguing.

Three years to lose 80 pounds, even when accomplished in a healthy fashion, is still slower than the norm.

In part, that pace was the result of the parameters upon which she insisted. Although she took a practical approach — smaller portions, daily walks, group support — her speed was retarded because she refused to sacrifice desserts. In mom’s world, one always saved room for dessert. (Hmmmm, might this be a window in why I had my own weight problems?) “I don’t mind losing a tenth of a pound a week,” she affirmed, “as long as I can have dessert.” Knowing how strong however was the temptation to go overboard with goodies, she banished from her home the most problematic caloric treats, and compensated by buying sugar free or low calorie. However, she continued to have dessert after every meal. Enter Joe; a white-haired, mustachioed, elegant, dapper widower — who might have been lifted from a Fred Astaire movie. He began seeing my mom after she had completed her transformation. (He said they were “courting,” she insisted they were merely friends.) Joe knew not of her past as she had scrubbed all pictures from her apartment, and she insisted my sister and I remain mum. Yet, her passionate interest in desserts could not be hidden, and since Joe was neither sightless nor oblivious, he could therefore not help but notice. To curry her favor, instead of arriving with a bouquet of flowers, he opted to surprise her one day by showing up at her home with a box of freshly baked, warm, sugary donuts. Rapping a merry tattoo upon her door, he stood back, arms extended with the open bright pink box in his hands.

Upon opening the door, she looked first at Joe, then down at the open container.

“What’s that?” she asked, apparently annoyed. “Uh… donuts!” replied Joe, taken aback and explaining the obvious. “I know that,” she said, the edge of irritation sharpening. “Why are they here?” “I thought I’d get you a treat.”

The agitation growing in her voice, she blasted,

“Don’t you know how much I like those? How could you do that to me?”

With that, she slammed the door in his face. Perplexed, confused, and somewhat saddened, Joe remained, staring at the closed door, alone with his thoughts and a cooling box of donuts. (Eventually, mom called and explained, presumably apologizing in the process). Ruth Marcus would have been 88 this week. I’m assuming that wherever she is, she can have all the donuts she desires – and won’t gain an ounce. About the author: Scott “Q” Marcus is the CRP (Chief Re-covering Perfectionist) of www.ThisTimeIMeanIt.com and founder of www.21DayHabitChange.com, guaranteed to help you change a habit in just 3 weeks. Described as a “weight loss expert for baby-boomers,” he is available for coaching and speaking at 707.442.6243, scottq@scottqmarcus.com or www.facebook.com/ThisTimeIMeanIt.