You are here: Home / Guest Author / Looking for Inspiration? Check Out These 10 Uplifting Films

So, why not seek out films that inspire us to greater heights? This article looks at 10 uplifting films to select when looking for the best Blu ray movies to inspire you and your family.

This soccer-themed comedy drama features Parminder Nagra and Kiera Knightly as two teenage would-be athletes. Nagra’s character, Jess, is forbidden from playing the sport by her conservative Sikh family, but she manages to attend matches and win accolades without their knowledge — for a time. The girls battle social pressure and the fallout from a love triangle to reach their dreams of playing soccer at university.

A story of hope blossoming in unlikely places, “The Shawshank Redemption” follows convicted murderer and former banker Andy (played by Tim Robbins) through his double life sentences and longtime friendship with fellow convict Red (Morgan Freeman). Andy wins the trust of the warden, who wants him to help launder money. The friends hatch a plan to use the ill-gotten money for better purposes.

Musical comedies can’t help but be inspirational, and “Singing in the Rain” is one of the best of its time. Part love story, part tale of personal ambition, this light-hearted look at the transition from silent film to “talkies” is a feel-good classic. 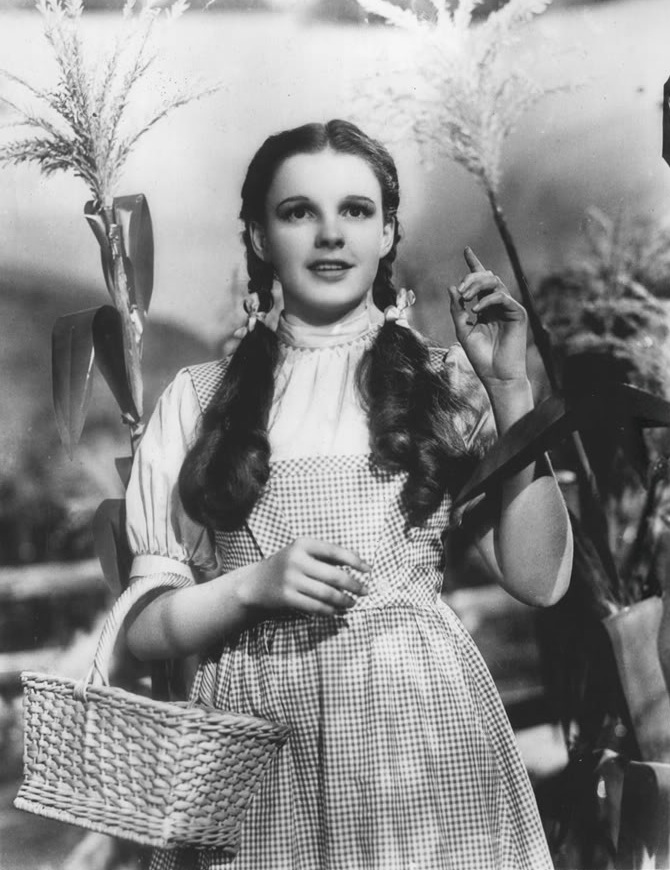 In order to reach her dream Dorothy has to go on a terrifying journey and kill a wicked witch. It all seems like too much for a little girl from Kansas, but with help from her friends she — and they — triumph. Watch this musical with tissues and the mantra, “there’s no place like home.”

The Spielberg tour-de-force film based on the book by Aussie novelist Thomas Keneally illustrates in black, white and a splash of red just how deeply one man can touch the lives of many others. Schindler, played by Liam Neeson, is a Nazi Party member who uses his factory to keep Jews away from concentration camps. Based on a true story, “Schindler’s List” is an affirmation of human decency worth watching time and again.

August Rush, played by Freddie Highmore, is an orphan — or so he was told. But, born with the ability to hear music everywhere, August believes he will one day be reunited with his family. He never loses hope, even after falling in with a conniving racketeer played by Robin Williams. By the time August meets up with his mum and dad, viewers feel like they’ve had a family reunion of their own.

The power of whimsy and doing good for others is highlighted in this fairy tale like story set in modern-day Paris. As played by Audrey Tautou, character Amélie’s decision to bring happiness to others shows that even the least influential person can have a large impact on those around her.

Even talented people need a helping hand now and then. For example, Matt Damon’s character Will in this drama nominated for nine Academy Awards, has a photographic memory and a gift for advanced algebra, and yet he works as a cleaner at a university. A psychiatrist, a professor and an exchange student help him realise he can change his life.

Breaking down the stereotypes about what it means to be a man, the story of child dancer Billy Elliot will inspire anyone who has had to face prejudice or discrimination. Billy, played by Jamie Bell, has a talent for dance his family wishes he’d keep a secret. The story follows his footsteps to stardom against great odds.

Gump’s life is inspirational at every stage — from his bullied childhood, to his military service, to his shrimping career, to his coast-to-coast run. Gump, played by Tom Hanks, is simple-minded but not stupid, as his fresh-faced optimism proves in scene after scene. If Gump can achieve his full potential, anyone can, the character tells us.

About the Author: Paula Hancock is a film buff and licensed nurse. She believes the power of positive thinking, along with a swift medical check and a cup of tea, could cure most people’s complaints.